Playing video games is an exciting activity that you can now enjoy on dedicated Android gaming consoles. These handheld devices are equipped with high-resolution screens 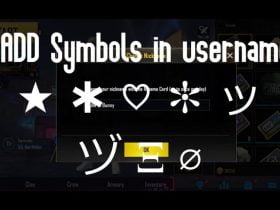 How to Get PUBG Name Symbol

Playing video games is an exciting activity that you can now enjoy on dedicated Android gaming consoles. These handheld devices are equipped with high-resolution screens, control buttons, cameras, stereo speakers, and multiple connectivity options. You can connect these consoles to the Internet through Wi-Fi and download games from the Google Play Store.

Seeing as some of them are equipped with emulators, you can also import games designed for Personal Computers (PCs) or consoles such as the PlayStation or Xbox and play them in the Android device. We performed in-depth research to bring you the following reviews of the top Android gaming consoles available today!

With the Glotao MOQI I7S Touchscreen Game Console in hand, you can play your favorite Android games on a large, high-resolution display. Also, a fully functional smartphone, this device has a 6-inch screen featuring the latest AMOLED technology for crystal clear graphics. It runs on the Android 8.1 operating system so the console will comfortably support new generation games.

The Glotao MOQI I7S Touchscreen Game Console is powered by an 8 core Qualcomm Kryo 360 Central Processing Unit (CPU) complemented by an Adreno 616 Graphics Processing Unit (GPU). 6GB of RAM ensures that your game apps load instantly in this touchscreen console and you can install numerous titles in the onboard 64GB ROM memory. This innovative game console will keep you entertained for hours because the onboard 6000mAh battery retains power efficiently and charges in minutes. Most importantly, the console can also function as a smartphone.

You can exert in-depth control over your games using the numerous controllers provided in the Glotao MOQI I7S Touchscreen Game Console. These include two 3D analog joysticks on the Left and Right. There’s also a cross key setup and a pair of top frame-mounted mini-buttons on the Right and Left too. This console also has a set of 4 hot-keys arranged in a diamond and a couple of touch-sensitive Select and Start buttons situated at the bottom of the screen.

Taking photos or videos is easy because of the 13MP shooter on the back of this console. Best of all, its battery is fully removable for independent charging or replacement, and there’s a built-in cooling system in this device. Judging from its features, the Glotao MOQI I7S  is an excellent Android gaming unit for you!

The Glotao MOQI I7S Touchscreen game console is an ideal handheld unit for you because it provides all the features required to enjoy playing Android games conveniently. It also supports emulation so you can enjoy PS and Xbox games in the Android environment!

Built to have an innovative clamshell design, the GPD LANRUO XD Plus Handheld Gaming Console is your companion for gaming on the move. It runs using the Android 7.1 Nougat operating system for smooth operations and direct access to the Google Play Store. The gadget contains a MediaTek MT8176 Hexa-core processor supported by a 4GB RAM chip, so its features operate rapidly. You can install a variety of games in this console within its ample 32GB ROM memory. All these facilities can be accessed conveniently through a 5-inch touchscreen display and a control panel populated with a variety of tactile buttons.

You can enjoy limitless connectivity with the GPD LANRUO XD Plus Handheld Gaming Console because it can connect directly to Wi-Fi Internet networks that can further be shared with up to 7 other devices at the same time! You can enjoy PC and PSP games without any glitches while using this device because of the built-in Vulkan Engine emulator. The on-board speakers also produce clear stereo sound for immersive audio.

The GPD LANRUO XD Plus Handheld Gaming Console can also act as an e-Reader and a TV host device for maximum entertainment. High-speed gaming is also possible because the device supports button mapping with multi-point control. Game lovers will appreciate that this console is fitted with a 6,000mAh battery that delivers a whopping 10 hours of non-stop gameplay!

This GPD LANRUO XD Plus Handheld Gaming Console is an excellent choice because of its clamshell design that combines durability and functionality. It also has a touchscreen and can play PC, console, and Android games smoothly. Excellent battery life is also very fulfilling!

From its first impression, this game console proves that it is one of the best in the market. The JXD Android Game Console presents you with a futuristic and ergonomic design that puts your digital entertainment front and center. It is equipped with a High Definition (HD) 7-inch touchscreen display through which you can interact with your games and multimedia. Running on Android 5.1 Lollipop, this fantastic game console can play any game that you want! It is equipped with 18 emulators that can render PC, PlayStation, or Xbox games for you to play in the Android environment!

Operations within this game console are lightning-fast because it is fitted with a 4GB RAM chip and an ARM Cortex-A17 Quad Core 1.8GHz processor that will churn through any task you throw at it in milliseconds. The device also has a Mali -T764 Graphics Processing Unit (GPU), which renders graphics for you in 1080 pixel resolution for rapid refresh and smooth digital transitions from frame to frame.

High-speed control is essential when dealing with a game console, so the JXD Android Game Console is fitted with 3D analog joysticks on the Left and Right. It also has a cross key setup on the Left and four hot-keys in a diamond arrangement on the Right. Two pairs of action buttons sandwich the massive screen on its lower end for additional control.

The JXD Android Game Console also implements 4th Generation Button Mapping technology that empowers you to map the touch-sensitive controls to the physical buttons for faster game manipulation. Furthermore, the game console can operate better than a tablet computer because it can take photos or video through its 5MP front camera, install apps, watch multimedia videos, play music, shop online and even control drones! This console can connect to Wi-Fi and Bluetooth for speedy data transfer. An outstanding feature is its huge 10,000 mAh battery that will power the console for a whole day without requiring a recharge. The JXD Android Game Console is an excellent device for modern gamers!

The JXD Android Game Console is an innovative gadget that acts as both a tablet and a gaming device in one neat, attractive package. It has a massive HD screen and provides ergonomic controllers built into its casing for guaranteed control!

To experience the best control in your mobile games, you can use the Razer Junglecat Dual-sided Mobile Game Controller. It is a handy accessory that connects with your smartphone through Bluetooth to provide physical buttons that exert control over your games. The Razer Junglecat is modular, so you can attach the Right or Left sections individually or both at the same time. It can fit over the factory casings of Razer Phone 2, Samsung Galaxy Note 9, and Samsung Galaxy GS10+. In case your Android smartphone is a different model, this controller has an adapter that facilitates a comfortable connection.

The Razer Junglecat Dual-sided Game Controller is configured through a free Razer Gamepad application that you can download and install in your Android smartphone. You can create custom button layout profiles and even sign in to your Razer account through the app. You can make split-second draws and execute melee moves smoothly with this controller because it has a very low latency of only 14ms. It is also energy-efficient because you can enjoy up to 100 continuous gaming hours on a single, full charge! Let the Razer Junglecat Dual-sided Mobile Game Controller help you to enjoy your Android smartphone games in a better way!

Why this is the best handheld gaming controller for you

The Razer Junglecat Dual-sided Mobile Game Controller is an excellent unit to use for playing smartphone games because it is portable, powerful and energy-efficient. It will fit over your smartphone using an adapter for enhanced gaming on demand!

If you love to play video games, the Android consoles described above are suitable for you. They have features such as High Definition (HD) displays, multi-core processors, and ample internal storage that make it easy to play the latest gaming titles. The JXD Android Game Console stands out as the best Android gaming device you can get. It has an ergonomic chassis, a large screen, substantial storage, and all the connectivity you need to play games with the top-notch response. Buy an Android gaming console to immerse yourself in electronic sports! 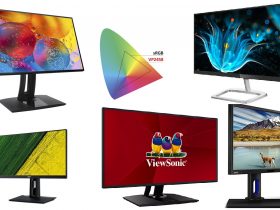 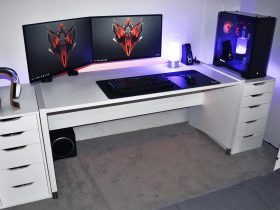 Why Do Gamers Require a Gaming Computer Desk? 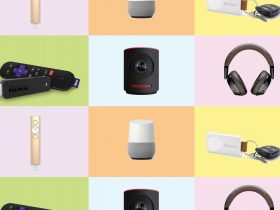