The Windows 7 flavor stands out from the rest in numerous outstanding ways. Here is more about it and how to download Windows 7 for PC. 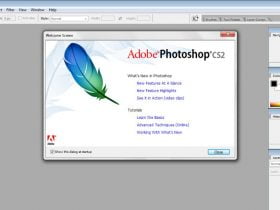 No other operating system is more popular around the world than Windows. Billions of people use this operating system because of its intuitive interface, user-friendliness, versatility, stability, and compatibility with third-party software tools. There are many flavors of the Windows operating system, for example, 98, 2000, and XP, among others. The Windows 7 flavor stands out from the rest in numerous outstanding ways. Here is more about it and how to download Windows 7 for PC.

Officially released on October 22nd, 2009, Windows 7 is an operating system launched as part of the Windows NT family. It was designed for use in home Personal Computers (PCs), laptops, tablet PCs, and media centers. Interestingly, this operating system was released alongside a server version known as Windows Server 2008 R2. Windows 7 was launched to provide solutions for the problems that plagued Windows Vista while maintaining full software and hardware compatibility. It kept the aesthetically pleasing Windows Aero feature and delivered an improved taskbar where users could pin software applications.

Windows 7 also introduced some brand new window management tools and the HomeGroup file-sharing system. In addition to that, this operating system also introduced a multi-touch input system and redesigned file libraries. For better security and maintenance, Windows 7 came with a brand new Action Center. The user experience was further boosted through an improved User Account Control mechanism for much less intrusive control. Furthermore, the usage became much more satisfying because of the operating system shipped with updated versions of Windows Media Player, Internet Explorer 8, and the Windows Media Center.

After release, Windows 7 received positive reviews from critics because it was much less buggy and produced fewer errors than Windows Vista. The improved interface was more intuitive, and there were more occasional popups regarding User Accounts. Thanks to the improvements and new facilities, WIndows 7 sold a total of 100 million copies in the first six months after release! It was a significant success for its developer company, Microsoft

There are numerous advantages of using the Windows 7 operating system, and they include:

During this operating system’s development process, Microsoft focused on making a product that met user needs perfectly. They built it to be stable, quick, innovative, and fully compatible with third-party software. Windows 7 was constructed to be versatile so it could perform well in home PCs and business machines. It was backward compatible with legacy hardware; it could be used in any computer that met the system requirements. Through these features, Windows 7 provided enhanced usability.

In contrast with earlier versions, Windows 7 came with two, clearly-defined flavors. Windows 7 Home Premium was designed for use in domestic personal computers. On the other hand, Windows 7 Professional was designed for installation in business machines. Customers could easily pick their preferred flavor depending on the purpose they wanted it for.

Installation was easy and straightforward

A significant benefit of Windows 7 is that it came as a single ISO image. There was no need to get multiple ISO images to install an available version of this operating system. As a result, the installation process was rapid and provided a great user experience. Flexibility could be increased dramatically through the deployment of additional tools during installation. Through this specific feature, Windows 7 could be serviced much more quickly.

For computer dealers, Windows 7 facilitated a collection of additional services that they could provide to customers. The core administrative services included upgrading hardware and software. Thanks to Windows 7, they could also offer accessory configuration, data backups and network optimization.

You can download an ISO image of Windows 7 legally from the Internet. During the process, you will be required to make a payment for the Product Key. Specifically, this key allows you to activate the operating system and use its functionalities fully. Here is how you can download an original copy of Windows 7:

Through the legal and official page

Visit the official Microsoft Windows Disc Images (ISO Files) page because it is the legally-recognized way to get this operating system. Here, you can pay for and download Windows 7. It is important to note that this process will only work if you have a retail license for Windows 7. If you upgrade an improperly installed version in a computer that you purchased, you will need an OEM license before you can use it. Here is how to go about it:

Tips and tricks that you can use in Windows 7

There are many tricks that you can apply while using Windows 7 to extract the maximum amount of productivity, and they include:

You can bypass the Recycle Bin

Whenever you delete a file from Windows 7, it goes directly into the Recycle Bin. You then head there and empty this facility to get rid of the file permanently. In Windows 7, you can skip the second step by selecting the file and then pressing Shift + Delete to eliminate it while bypassing the Recycle Bin.

You can open up Windows Explorer quickly by pressing the Windows logo + E.

Startup faster by skipping over the Windows Splash screen

You can shorten the bootup procedure by a few seconds through skipping over the Windows Splash screen. To achieve this, launch Windows Run by pressing on the Windows logo + R. In the resultant dialog box, type msconfig. Having done so, tap on the Boot tab and press on No GUI boot. Go ahead to tap on the Apply or OK buttons to save your settings.

Computer users around the globe all agree that Windows 7 was a massive evolution over the previous version. It is regarded as one of the best versions of this operating system. You can download Windows 7 using the guidelines we have outlined above. Enjoy the iconic features contained in this award-winning Microsoft product! 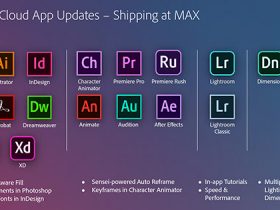 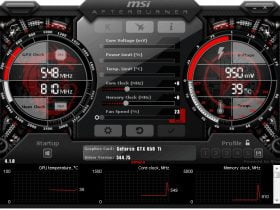