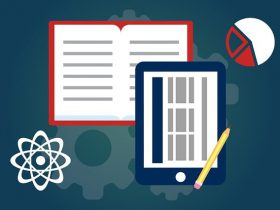 10 Powerful Plugins That Turn WordPress into an LMS

In today’s world, robots are not as present worldwide as we would have expected. However, they are still a big deal for a lot of people. Automation is in many developed countries, and this is no surprise. Robotics in society has been a topic of discussion since time immemorial. When discussing robots, a lot of people automatically assume a humanoid metal machine. Robots are not all classified within that group. Instead, what we currently have are mostly machines made to perform specific tasks. How these machines perform these tasks is through programming or deep learning, machine learning, and artificial intelligence.

Well, robotics is the science behind the automation of robots. The term robotics is broad and refers to the various skills and attributes that are needed when making a robot. In other words, the creation of robots. As a profession, robotics is a blend of science and engineering that focuses on constructing, designing, operating, and using robots. It also involves using computers to control the robots and gain feedback to process information. There are many requirements for one to be a robotics engineer, ranging from knowledge in computer science to electronic engineering, information engineering, and mechanical engineering. However, this field of study is necessary because there are many uses for robotics in society.

History of Robotics in society

The word “Robot” first appeared in a 1921 play by Karel Capek called Rossum’s Universal Robots (RUR). It comes from the Czech word for “forced labor.” But, this is technically not an apples-to-apples definition of what robots mean today. Because, in this play, robots were more similar to human-made men rather than automatons.
RUR was the pioneer in warning us about the dangers of robots. But, movies like “The Terminator,” “I, Robot” and “Blade Runner” are classic warnings of the risks robots could pose.

According to robotics engineers, some guidelines are used to determine what is or isn’t a robot. They are:
First, a robot is an intelligent machine in a physical embodiment.
Secondly, a robot can autonomously carry out tasks.

Lastly, a robot is capable of manipulating and sensing an environment.
There wasn’t any robot that fit these guidelines until the 1960s when a company built a robot that met those guidelines. This robot was known as “Shakey.” Shakey was a twitchy and slow robot, but it was able to perform tasks and navigate its environment; this marked the beginning of a new stage in robotics. The next step, pioneered by Unimate, a factory robot that welded car parts. Unimate served as a model for factories and laboratories in using robots for dangerous and tedious tasks. Now, Unimate’s function exists in a much better shell than was ever seen in the 80s.

Within robotics, many words exist to create a simple way of communicating about robotic technology without using expressly scientific lingo.

The highly speculated point in time where robots hypothetically become so advanced that they can bring down human society. Done in such a way that there is societal collapse leading to an existential crisis.

Multiplicity is an idea that suggests that robots will not lead to the end of the world. But instead, they willfully become a part of society and complement humanity.

Human-robot interaction is a field in robotics that studies the relationships and interactions between people and machines. For example, the way a laptop factory has some automated areas that work hand in hand with human workers. This sort of blend between humans and robots to create something is an interaction that remains fascinating in our society.

An actuator is a power source for most robots. An actuator is a device that functions through a combination of an electric motor and a gearbox. They serve as an energy source and a control signal for the engines within a robot.

Soft Robotics is a field of robotics that does not use conventional methods of creating machines. Instead, it favors soft materials for functions. These materials do things like pump air and apply oil to move the parts of the robot.

LIDAR aka Light Detection and Ranging is a light surveying method of illuminating a target with laser light. It is done to measure the distance to the target by using a sensor that measures the reflected light. These lasers blast in a surrounding that creates a 3D map. This system in robotics is helpful in maneuvering within environments for robots and self-driving cars.

A humanoid robot is one that has its body shaped to resemble the human body. This type of robot is difficult to make as the human body functions based on entirely separate terms compared to a robot. The main difficulty faced with humanoid robots is in getting them to balance on two legs. However, with advancements of robotics in society, this is changing, and humanoid robots are progressively getting smoother in movement and motor functions.

What are the main types of robots?

There is a diverse cast of robotics in society. However, all serve different functions but follow the guideline criteria for what is recognizable as a robot. Some of these robots are:

Robotic exoskeletons are rehabilitation machines used to help people that are physically challenged to walk. These robots are designed to use motors that move in motion in a similar way to human limbs. When these exoskeletons, paralyzed people can get a familiar sensation that helps trigger movement and stability. With exoskeletons, patients can have the capacity to endure heavy loads and possess extra mobility.

Many robots are capable of driving around unassisted. Self-Driving Cars have reached a point of efficiency in 2019. However, the laws that govern countries will not allow self-driving as it is a difficult thing for them to green light. But, in at least ten years, self-driving cars will become a regular occurrence in many developed countries. For now, we have to wait and see.

The robots used in armies are designed in a way that is compact and easy to move around. Over time, different kinds of military robots have existed. Many of these robots are vastly different from one another as robots are always changing, and new ways of making them seem to come up regularly. There are military robots for field missions that require scouting for explosive devices, while there are others that help troops to carry gear and reduce the load during more extended missions.

Similar to military robots, a drone is a crewless aerial vehicle that keeps watching over an area. A drone is mainly for surveillance; however, they also find some use in commercial purposes such as content creation and filmmaking. Many countries have strict drone laws due to the nature of an aerial device that keeps watching over a large area. Such a tool in the wrong hands is dangerous to an environment.

These are robots for fun or simple purposes. For example, Sony’s Aibo robot dog is a robot that mimics a real dog without requiring the same amount of effort and resources to take care of it. Aibo helps in rehabilitating patients that don’t have the strength to take care of a real dog. Similarly, Roomba is another famous consumer robot. It uses environment detection programming to survey the rooms in a house to adapt over time and clean the floors faster.

Disaster response robots perform the task of damage inspection and control during the aftermath of an emergency. These robots can perform tasks like searching for survivors in areas humans cannot access, or, withstanding heavy loads of weight to retrieve injured people. An example of this is the pack bot which can inspect damages at even dangerous nuclear power stations such as in Japan after the earthquake and tsunami.

What does the future hold for Robotics in society?

Robotics is a field that is continuously evolving as time goes by. More and more people have defined interests in this field. But, the use of robots is highly debated due to the chance that they may develop their desires. The technology is not encouraged for this reason. Even though there are lots of advantages robots pose to society, people need a reason to truly trust in this technology, and recently with the many useful robots that are helping, robotics in society is more popular and encouraged. This is the best approach to robotics and technology because people see its advantages. 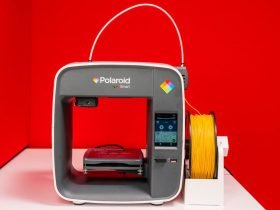