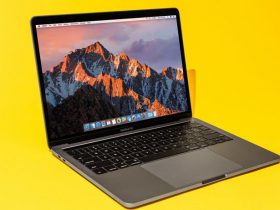 Samsung has officially brought back its M series of phones. These devices have a significant presence in the Indian market, and for good reasons. The previous Galaxy M20 has a popularity that has made it a precious budget device. It served as a response to the aggressively priced devices from Xiaomi that aimed to claim a large percentage of the Indian smartphone market. So, what makes Samsung’s new M30s worth purchasing? Well, stick around and read our Samsung Galaxy M30s review.

Samsung’s release of the M30 earlier showed that the Korean giant was ready for the Indian audience. It included a new Super AMOLED display alongside an additional camera. This was a significant upgrade compared to the Samsung Galaxy M20.

Now in Fall 2019, we have a newer iteration of the M30 that promises a better battery capacity and camera. This new device is the M30s. The slight name change is an indicator that this is more of an upgrade for the less “punchline” aspects. The main focus of this device is the new 6,000 mAh battery that is extremely large.

Consequently, this battery is the biggest on any Samsung Galaxy smartphone ever. Some other notable features of the M30s is the new 48MP rear camera that this new device is sporting. The megapixel size is definitely a giant upgrade that shows a 4x increase in the megapixel count on the M30s over the M30. The megapixel size even trumps the mid-range Galaxy king, the Samsung A70.

Summary of performance upgrades of M30s

On the Samsung Galaxy M30s, there is an Exynos 9611 that comes with the device. This chipset is potent and has 4GB and 6GB RAM options alongside 64GB and 128GB storage options. A slightly incremental update also provides an upgrade to the design of the device. The design update is also provided alongside changes to the rear camera placement positions.

The remaining changes are definitely still similar to the M30. Additionally, the device sports a large 6.4-inch FHD+ Infinity-U display. The cameras are 5MP and 8MP respectively and have depth sensors and ultra-wide configurations on the rear. The front camera is a 16MP standard front camera.

The device also comes with a 15W fast charger in the box, and a rear-facing fingerprint sensor at the back of the device.
With all these new upgrades so far, the Galaxy M30s has some new things, but, is there enough “new” in this device that warrants an update? Compared to devices like the A50 or the Galaxy M40, does the M30s have a place in the consumer market? Well, stick around to find out the answers in our Samsung Galaxy M30s review.

The design of the Galaxy M30s is one that isn’t too different from the popular M30. On this device, there are some changes to the rear panel. Similar to the Galaxy M30, there is a new gradient finish at the back of the device. Also, the rear panel does not have the same color-changing ratio that was on the M30. Instead, the M30s has some little shimmery details on the back panel. Unfortunately, these shimmery details are quite bad and reduce the look of the M30s. It would be preferable if they went with a different design. The design of the M30 vs A50 shows that the A-series has a much better design language.

Another new change in the design of the M30s is in the camera sensors and the position of the LED flash. The position of the flash is within the camera cutout of the device, which is at the top of the smartphone. Around that top area, there is a text that writes “48 megapixels”. Through this, Samsung has adapted some of Huawei’s design techniques. This indicator is similar to the way the Realme 5 Pro has an indicator for the camera megapixels. The design language of this form is reminiscent of Chinese smartphones.

However, Samsung’s own adaptation of this design language is much classier. The font is not too overwhelming for the overall build of the device. Samsung’s take on the triple camera setup is also a great design that keeps the device with a premium and unified design.

The M30s comes with an Infinity-U display which is a Super AMOLED panel. The screen is the exact same as the regular Galaxy M30. It’s not a problem at all because the M30 has always had a great display. In addition to the Super AMOLED display, it also has a default setting to the natural mode, which makes the colors default towards a natural lighting vibe.
On the M30s, you can change this default setting to your own preference within the display settings. The brightness of the panel on the M30 is quite high and fully visible even when it is sunny.

The bezels aren’t a hindrance to the device in any form. However, the bottom bezel is quite thick compared to the many of the bezels on displays within the same price range. The M30s is a minor upgrade; however, Samsung definitely has the technology to reduce the bezel sizes. The M30s releasing within the same period as the Note 10 is definitely not a good sign of Samsung’s focus on the budget to midrange market.
On that note, the Infinity-U’s waterdrop notch display is not really a distraction and is quite easy to ignore.

The Camera of Samsung Galaxy M30s

On the M30s, there is a 48MP camera that is situated at the back of the device. Alongside this, an 8MP ultra-wide camera and a 5MP depth camera are on the device. Moreover, the device also has the technology to change the file size and processing to make the 48MP images to be 12MP photos. The results of this technology are pretty impressive.

Photos taken in daylight are really impressive. Even when the Camera overexposes, the images are still brightly lit. However, the camera’s performance falls short in low-light. Regardless, all the photos are a significant improvement over the Galaxy M30.
The Galaxy M30s has a night mode that’s tailored for the specifications. It does a decent job of brightening up the scenery. However, it doesn’t necessarily increase the detail of the subjects. Also, light sources are overexposed with its night mode.

Images in night mode are also cropped a bit. The device doesn’t come with options to take pictures with the ultra-wide in night mode. This feature doesn’t seem too difficult to add to a device. Many of Samsung’s flagships have functions for that already. This is an unnecessary oversight from Samsung. It would be great if we could have an ultra-wide that utilizes night mode. But, Samsung is quite known for limiting some simple features to its high-end devices.

The Battery of Samsung Galaxy M30s

As a budget/mid-range device with a 6,000 mAh battery, the specs for the battery look good on paper. However, the performance of the M30s battery is quite disappointing. Even with a 16.67% bigger battery, the M30s has a much larger battery than the Galaxy M20 and the Galaxy M30. But the performance is not that different from those devices. Although it has the Exynos 9611, the chipset is much more power-hungry than other devices.

The M30s comes with an Exynos 9611, which is a powerful chipset that contains four CPU cores. This helps the device handle some demanding tasks. Also, the M30s has a good GPU that will help for some of the more demanding tasks like gaming. The specs are definitely high standards for the industry. The device runs really well and can perform tasks like launching tasks, loading animations, and navigating the UI.

The device has some instances of lag that occur when navigating between different apps. Also, Google apps have a lot of stutter and lag, like Google maps and apps like Snapchat. When you have a device that’s lagging behind its competitors in its performance aspects, there’s quite a severe problem.

Samsung has definitely taken a few steps back with this update. Even with the Exynos 9611. Samsung seems to have an issue with the Exynos line of chipsets. They don’t have the same level of efficiency and performance compared to similar Snapdragon chipsets.

The Samsung Galaxy M30s is a good option for users that are upgrading from extremely budget devices or as a substitute device. But at this price point, it just doesn’t perform as expected. We definitely don’t expect any M30 users to consider this upgrade.
We don’t recommend this device. But if you plan on purchasing it, tell us your reasons below as we’d love to know.
Check out our review of the Xiaomi Mi 9T Pro. 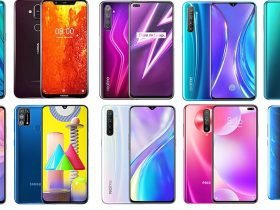 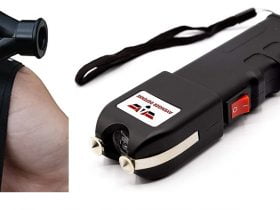