A robot is a machine that is built to execute multiple tasks accurately and consistently in an automatic way. Robots apply precision and speed in their operations so as to achieve the expected results. 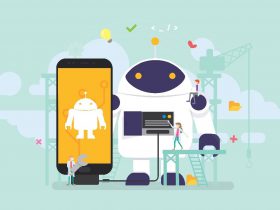 Ever since the industrial revolution, we have consistently been obsessed with robots and what they could spell for the future of technology. Science fiction writers envisioned robots as humanoid marvels that could assist us with day to day activities at home and in the workplace. Some even predicted that robots would take over the world. While we haven’t got to that point, robots are a very important part of modern life. We use them in industrial plants, vehicle assembly and in our homes in the form of voice assistants. How exactly do robots work? We have explored this intriguing question for you below. Read on for an eye-opening explanation of robots, robotics and how they benefit us.

What is a Robot?

A robot is a machine that is built to execute multiple tasks accurately and consistently in an automatic way. Robots apply precision and speed in their operations so as to achieve the expected results. There are many types of robots capable of numerous tasks across various sectors of industry.

The types of robots include:

These robots resemble human beings due to their modes of operation and overall appearance. A good example is Sophia, the first robot citizen of Saudi Arabia that can speak, make facial expressions, execute logical thought and understand natural speech. Androids are still in developmental phases due to their sensitive nature with only a few such as Sophia reaching mainstream attention.

These are robots designed to perform repetitive tasks in industrial establishments. They often feature in motor vehicle production lines, chemical facilities and construction sites. Industrial robots are used due to their capability to operate consistently for weeks at a time with minimal human intervention.

A telechir is a complex robot that is controlled remotely by a human operator to establish a presence in a dangerous or alien environment. The human controller interacts with the telechir using digital signals to achieve a specific objective from a distance. The Mars Rover is a great example of a telechir.

These are robots that simulate a specific environment so as to create the experience of being physically present there. They use technologies such as cameras, audio processing and special interfaces to make this possible. Telepresence robots enable activities such as business negotiations, home-based monitoring, remote educational training, pharmaceutical health-care provision, security surveillance and many other applications.

The autonomous robot exhibits the highest level of sophistication because it can act as a fully independent system that includes its own computer system or controller. Also known as smart robots, these technological marvels have built-in Artificial Intelligence (AI) that empowers them to learn from their environment and build knowledge bases. They are extensively used in high-end vehicles for semi-autonomous driving by delivering driver assistance facilities.

Casually referred to as insect robots, these are robots that are released in hundreds or thousands of units at the same time to operate cooperatively under the control of one robot. These robots are so named because they operate similarly to insect colonies where individuals are simple but the colony can be very sophisticated. Predator Drones used in military applications are a good example of swarm robots. 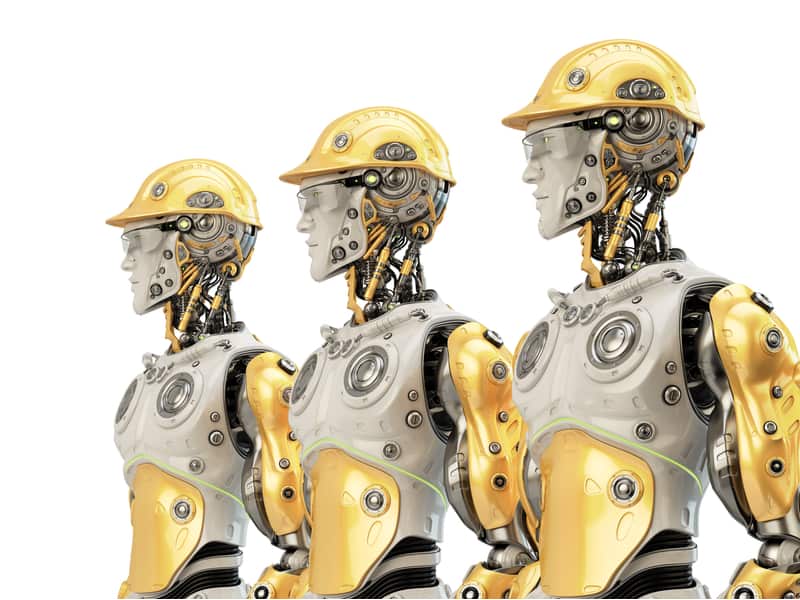 How Do Robots Work?

Robots work using the coordinated operation of hardware and software governed by a program executed in a control unit. For robots to operate successfully, they require three crucial components;

A robot uses sensors to gain knowledge about its environment and processes the findings using its control unit. Finally, it responds by modifying its environment using the actuators. This is the logical flow of instruction and capability in modern robots. It is important to understand that these components vary in complexity but operate using the same basic principles.

Despite being of various types, robots are generally organized into two categories; dedicated and general-purpose. These categories are derived from how robots work.

These are robots that perform a specific task within their field of operation. They use a collection of ultrasonic, force, haptic, flex, encoding, digital vision and infrared sensors that enable the dedicated robot to collect information about its environment. The dedicated robots deliver the physical parameters to the control unit for logical processing and development of information-based output. After data processing is complete, the control unit issues instructions on how the robot should move so as to accomplish the desired effect.

Technologies such as Artificial Intelligence (AI) can be incorporated into the control unit to enable knowledge-based growth for facilitating positive reactions in case of abrupt environmental changes. Dedicated robots can be found in industrial establishments, manufacturing plants, motor vehicle assembly lines, and military assets in warzones.

These are complex robots that can perform a wide range of activities depending on the prevailing conditions in their environment. General-purpose robots are fitted with a huge combination of sensors that enable them to collect as much information as possible about their surroundings. Often accumulating into gigabytes, this data is fed into the control unit for processing into actionable information.

After that, the arms or tactile parts of the robot are tasked with the accomplishment of the required objective. A good example is a humanoid robot. The semi-autonomous driving system in modern vehicles also operates in a similar way by using ultrasonic sensors to create real-time 3D models of the road for the control unit to generate the most suitable speed, steering and braking instructions in milliseconds!

The benefits of using robots

Robots have gradually been improved to become more user-friendly, interactive, powerful, and capable. As a result, they can execute a wide variety of tasks in various environments. Robots can perform industrial, domestic, scientific, educational, military, and recreational activities. They can be fitted with wheels, roller tracks, or hydraulic legs for enhanced movement so that they become mobile and immensely capable at the same time. This makes them applicable in numerous environments depending on the prevailing use-case. Thanks to these characteristics, robots exhibit pronounced flexibility to our benefit.

A robot can perform the same task continuously for 24 hours without experiencing fatigue or sacrificing accuracy. Even the most physically capable human cannot accomplish this and that is why consistency is another major benefit of robots. They can be relied on to perform repetitive tasks for long periods of time while maintaining operational efficiency and delivering high-quality results. For this reason, robots are installed in manufacturing plants, vehicle assembly lines and security firms to perform tasks around the clock. This increases the rate of production, enhances overall efficiency and increases profit margins.

Whenever we have to explore dangerous terrains or location, we can send robots there to perform the task for us. For example, if some geologists want to explore a volcano, they can send a robot to the rim. Also, if a team of soldiers want to perform surveillance in an enemy-infested area, they can send a robot. We have even sent robots to perform research on other planets that are inhospitable to us. In this way, robots are useful for performing activities in dangerous areas. In case they get damaged, robots can be replaced but human life cannot.

They can be reprogrammed easily

A robot can be repurposed from one task to the other in minutes no matter how complex the new task is. All that is required is a change in the programming instructions within its control unit. Once that is done, the robot will embark on the new task just as perfectly as it was handling the previous one. If this was demanded of a human, it would take weeks to learn the skills required for the new task. This would waste a lot of time and pose a major expense to the organization. As such, robots can be reprogrammed very easily resulting in operational efficiency.

They are receptive to Artificial Intelligence (AI)

Nowadays, robots are being adapted to fit into domestic applications as human assistants. To perform this role perfectly, they need to have a high degree of Artificial Intelligence (AI). Advances in processing capability enable modern robots to be very intelligent. They can understand speech, speak, control their environment and adapt to new changes in their surroundings to accomplish previously determined objectives. We use voice-controlled assistants to manipulate our home automation systems, cars, office electronics and even military equipment. Artificially intelligent robots are in active use all around us. They make life easier by assisting us with various tasks.

The robot is humanity exercising our power of creation. We have developed these mechanical helpers to improve our capabilities and quality of life. Robots work using a combination of sensors, control units and actuators. We have explored this operating mechanism above for you. Invest in a robot to improve your day to day life and experience cutting-edge technology right in the comfort of your home! 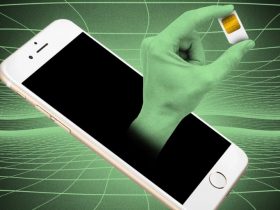 How to Hack Someone Phone with Just Their Phone Number 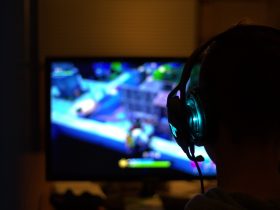 4 Ways to Customize Your Gaming Experience 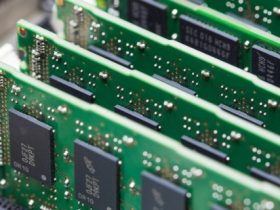 How Much Ram Do You Need For Streaming