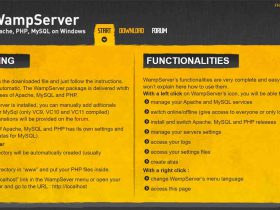 How to install WordPress on Localhost WAMP

We might not know about the number of devices that they are going to launch. However, the launch date is October 15th. This is according to Google’s official announcement. With Mate 30 and iPhone 11 coming soon, the competition will be very tough. Now let’s talk about price and release date.

It’s always the case that Google’s devices are launcher in the latter half of the year. This is probably because if the device is launched early, it’s hype won’t continue to live like others.

Google officially announced that the Pixel 4 will be unveiled on October 15th. There’s also a probability that Google will launch some other hardware options at the same time. This includes the Pixel Watch. There are some leaks and rumors for that too.
If not in October then it’ll be surely launched in November if something wrong goes buy.

Moving towards the price of Google Pixel 4, for a while now Google has been increasing its device’s price. The handsets have been climbing in terms of price. With better features and hand feel with good finish, the Pixel 4 lineup could start at $1000 at the very least.
Moreover, we will surely see a variety of mobile prices that will be due to a variety of storage sizes Google will provide.

There are several leaks and rumors regarding the upcoming Google Pixel 4 smartphone. Therefore, let’s talk about some of these.

Google has already posted how Google Pixel 4 will look like from the back. They’ve tweeted the design themselves. Judging from the image, we can easily understand that it will have a larger screen with a square camera bump on the rear of the device. This is keeping the device thin while giving a better camera.

On a closer look, it looks like the device has two cameras on the front. This is new for the Pixel line up of the phones. All other pixel devices had only a single camera. Along with camera flash, there’s another sensor that resides on top of the square.

It’s not confirmed or anything but rumors say that Google Pixel 4 has a full bezel on top of the smartphone. Watch This video and you’ll be shown hands-on video of Google Pixel 4 XL. The phone is shown from every angle possible. It has no 3.5mm headphone jack and the back is all in one color rather than their previous devices that Pixel devices are known for, the two-tone back.
Well, whatever is the case with the device, one thing is for sure that there are some new colors. Mind Green Color, Black and White. Leaks have been showed regarding it.

Now let’s move towards the camera side of things.

Looking at the leaks, it looks like Google Pixel 4 has a bottom-firing speaker with a dual-lens camera on the front and a triple camera setup on the back. We still don’t know what type of camera it’ll have but some rumors say that it’s going to be a 16 MP camera which will be a telephoto lens and improved color capture.

Moreover, the device could have an improved zoom. Offering up to a 20x zoom. A video posted on Instagram by Claude Zellweger who is Google’s design director, says “20x zoom #Pixel”. This was his reply to a comment.

Well, it isn’t final yet. Some say that that photo was taken by Google Pixel 3a and the image was edited. Therefore, it doesn’t look like a new feature. Some other rumors say that it’s going to be an 8x Zoom. There’s also some talk about new Motion mode that will help you take videos and photos in moving condition without blur.

Another leak suggests that the Google Pixel 4 might have a notch which is for the two cameras on the front. Moreover, there’s also the chance of Google pixel having a punch-hole display like S10 line up. Now let’s talk about the display of Google Pixel 4.

The latest leak tells us that pixel will have a 6.23-inch display with a resolution of 1440 x 3040 screens. This screen will contain 540 PPI and coupled with a 19:9 aspect ratio. This will make the device smaller and sharper as compared to the previous Pixel 3 XL.
Other rumors say that the device will be 9.3mm thick if we include the camera bump. Moreover, another source claims that Google Pixel 4 will have a 5.7-inch display with 90 Hz of refresh rate. This will allow smoother everything in the device. The display is going to be marked as “Smooth Display“. However, these are just rumors.

We will hopefully see everything on 15th October this year. Moreover, let’s move on towards the specifications of Google Pixel 4.

We’ve already seen a Geekbench Benchmark which seems like it’s for Google Pixel 4. It suggests that the device has the Snapdragon 855 chipset along with 6GB of ram. Pixel 3 had a 4 GB of ram.

Moreover, the benchmark says that the device will be running on Android Q. So that is pretty interesting to see.
So, the benchmark says that the single-core score of Pixel 4 is 3,296 and multicore is 9,235. This score is quite exceptional and solid for a high-end device like this. Moreover, we can expect the score even better in real life when the phone itself launches. Right now, it’s just a pre-release of the device.

Another source says that the device will launch with 64 Gb or 128 GB of storage. Adding a 2,800 mAh for Pixel 4 and 3,700 mAh for the Google Pixel 4 XL. Now towards another model, Google Pixel 4 XL might be coming with a third model with 8 GB of ram with 5G.
Moreover, some other reports suggest that it will have a dual Sim support which will let you use both normal and eSim at the same time.

Google itself has revealed two big features of the coming Google Pixel 4. One will be a hand gesture control which is a motion sensor and the other is Face Unlock. This points towards no fingerprint sensor.

As there is no fingerprint sensor of the back, it is more likely to be either embedded right in the display or no fingerprint at for.
Moving over to motion sensors, it’s a new suite of sensors along with the front-facing camera. This concept is called Soli. It’s a hand gesture tracker where users won’t have to touch the device but still have control over their smartphone.

Performing tasks like swapping apps or skipping music tracks. This is a revolutionary feature. However, we’ve seen the gimmicks on Samsung devices like S4 or S5. For a specific amount of time, they were cool but it feels gimmicky in the long run.
Furthermore, it seems like Motion Sense might not work everywhere. It is stated that it will work in the US, Singapore, Taiwan, and other European countries excluding Japan.

Moreover, Face unlock is a promise for everyone. It is achieved with the use of multiple sensors and a dot projector with an IR camera and flood illuminator.

The privacy will be respected and Google assured us that no images or data will be shared with any services. Another feature that might make it to Google pixel 4 will be Google Stadia. It’s Google’s upcoming cloud gaming service. Google has already announced it and it is expected to run on all pixel smartphones from Pixel 3 and onwards.

Therefore, Google Pixel 4 is included. We will see some awesome features coming to this smartphone. There have also been rumors that Google Assistant will be upgraded heavily. It will take over the call if you hold it and then automatically answer the human that is calling you.

Google Pixel 4 and Pixel 4 XL is surely the future. We will get to see these smartphones on October 15. We expect many more features from the device as it just stands a little behind its other competitors. Note 10 and iPhone 11.