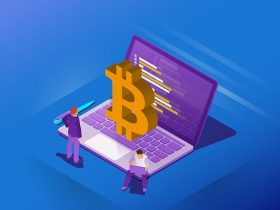 Cryptocurrency : The future of money

Huawei Mate 30 and Mate 30 Pro will be introduced in the 19th September event at Germany. We will learn about various phablet devices that are manufactured by Chinese companies.
However, Google has already confirmed that Huawei Mate 30 and Pro version won’t come with Google Apps and services out of the box. You can always install them later anyways.

We expected that Huawei will release the Mate 30 and Mate 30 Pro in October as always. In past, they’ve released both Huawei Mate 20 and Huawei Mate 10 in October.
However, now these two devices are supposed to be launched on 19th September. Huawei hasn’t mentioned anything about whether the device will be sold all around the work but we will get to know everything on 19th September.
Moreover, there aren’t any official prices or price rumors yet but just like Huawei Mate 20 Pro cost around $1,150, the Mate 30 pro will at least cost that much. The problems that Huawei is having with Google can be a piece of bad news for US fans. So let’s talk about it.

Huawei’s problem with Google and the US

Before talking about the rumors and leaks of Huawei Mate 30 Pro, it’s really important to address that Mate 30 Pro isn’t going to come with Google Play Store or Google’s services.
Google apps are the basic building block of Android. What’s the use of buying an Android Smartphone if it doesn’t run play store? However, Huawei is developing its Operating System that they are boasting will be on par with Android.
It, all in all, a big risk for Huawei but who knows what they’re capable of doing. However, without Google Apps, Huawei Mate 30 Pro might not be the choice of many European fans.


The closest look of Huawei Mate 30 Pro comes from leaked renders. It’s not the first time smartphones getting leaked. But it is vital as people will know about the phones early.
Leaks showed that the phone has a circular camera block along with a curved screen. There’s, of course, the notched display. The base model Huawei Mate 30 is also leaked but it’s with a smaller notch along with a flat-screen. The design is similar even so.
There’s also this Huawei Mate 30 Porsche design which has a leather back instead of a glass back and it even has different camera arrangements. However, the design is still similar.
Along with these devices, there’s a Huawei Mate 30 Lite. It has a punch-hole camera and not a notch. The rear camera isn’t arranged into a circle either.
If we talk about specs we might see a Kirin 990 Processor, 6.7 Inches of the display along with massive 4000 mAh battery. This whole design is futuristic but it’s rather large.
The new Kirin 990 has been confirmed to be used on the next generation of Huawei Smartphone along with 5G being the biggest improvement. Moreover, daily tasks will be a breeze with kirin 990, so it’d be interesting to see what Huawei has brought for us on the table.
There’s a specification leak from SlashLeaks contributor. He seems to provide us with a lot of details. Such as the phone will only come with 8GB or 12 GB of RAM. This is quite good considering how intensive apps are becoming on phones nowadays.
Moreover, the leak also tells us that the phone will come with only 512 GB storage size. But as it’s a leak, who knows what will be the reality. We will surely find it on this 19.
Another report says that there might be a 25W wireless charger for Huawei Mate 30 Pro which will charge this device at a super-fast rate.
The Huawei Mate 30 Pro might have at least four rear cameras. This is because the P30 Pro model does have a quad camera. Multiple leaks have shown us design with larger notch and a more curve display.
On the front side of the device, the leak tells us that it’ll have dual front-facing cameras and the design overall will be similar to the Samsung S10 Plus.
Bigger cameras have become a trend in Smartphone industries. If we talk about iPhone 11 or Google Pixel 4. They will adopt a larger camera bump specifically for better camera and to keep overall device size thin.
Another Leak tells us that there will be four rear cameras consisting of two 40 Megapixel sensors, one 8 mp and a TOF depth sensor too.
It is possible that on the front side of the device, Mate 10 will have a facial unlock sensor too.
So what exactly can we expect from Huawei Mate 30 Pro?

Huawei Mate 30 Pro will be a futuristic device with enough power and great cameras. However, it could stand out from the rest of the competition if it has done these following things.

Huawei’s cameras are good. If we talk about the Mate 20 Pro, it had a good camera setup. However, the wide-angle lens was a little messed up.
The phone wasn’t on par with some of the best camera smartphones like Google Pixel 3 or Samsung Galaxy s10 plus and iPhone XS. Therefore, if Huawei improves these things, it’ll be able to stand out from the rest of its competition.

Nokia 9 is getting five lenses. I can easily say that it will surely stand out from the rest of the competition. Therefore, there’s always room for a better camera and more lenses.
It is most likely to happen too. One of the earliest rumors explained that it’ll have an extra lens on the rear of the smartphone. Therefore, it could be a new feature for the camera on Huawei Mate 30 Pro. We would love to see an extra lens on the front of the phone too.
If Huawei is to improve the facial recognition game, it has to use an extra lens for this purpose on the front of the device.

If we talk about Huawei Mate 20 Pro, it was a great device with a great body. However, the notch was outdate in 2019. Since smartphones are getting a punch-hole camera we don’t want a notch for Mate 30 Pro.
The all-screen designs look fascinating and exquisite on phones. With cameras and sensors built right into the phones, it’s most probably going to happen with Mate 30 Pro too.
But this might not be the case at the same time. However, Huawei is among the first to show new technologies on smartphones as they are an awesome company.

I don’t think anyone likes their heavy skinned EMUI that the company shoves right on top of Android. It would be awesome to see if they’d just throw EMUI in the garbage and start using Android One from the scratch.
Android one is simple and better in every aspect. It’s not bloated by features like EMUI and some other OS. Moreover, the main advantage of Stock android is its speed and responsiveness. EMUI just cannot compare.
Moreover, Stock Android also gets the latest updates regularly.

Huawei Mate 20 Pro, moving into the footsteps of Apple, lacked a 3.5 mm headphone jack. However, nobody wants to lose that precious port in my opinion.
There is a long debate of wireless vs wired headphone but the world isn’t ready for it. We can use the headphone port for many hard times too.
Some of us just don’t want to charge our headphones and still use wired chargers. With technology getting more and more intense, everything is going wireless. Moreover, the wire itself can provide high-quality music delivery that we’ve seen on some LG Smartphones.
When it comes to listening to music on wired headphones. It’s better in most cases. Wireless headphones still do not have the same high-quality delivery as wired headphones do. So it’s pretty much it.

We will get to know everything about Huawei Mate 30 Pro in 19th September’s Germany event. The device itself could be completely different from the rumors, therefore, we should not cling to the rumors tightly.
Moreover, we will have a whole in-depth review for Huawei Mate 30 Pro. Therefore, you should wait for our full review of the device. We will cover everything of the device from head to toe. Huawei Mate 30 Pro will rival some of the newest smartphones such as the Samsung Note 10 Plus and iPhone 11 Pro.
Hence, the competition is tough and I’d like to see what Huawei has brought on the table for us this time around.
Read More,
Redmi Note 8 Pro Price, Review, Specifications
iPhone 11 Pro Full Review
Adam Smith September 17, 2019